Can Late Ovulation Affect Your Chances of Getting Pregnant What is Ovulation and how it affects pregnancy chances?

The ovulation period is 21 days in this period egg gets released from the ovaries and goes to the fallopian tubes. In that case, sperm meets the egg the zygote gets implanted into the uterus.

The uterus wall gets thicken as a result and you can get pregnant. In such cases, fertilization doesn’t happen and the egg gets released through the uterus lining. In women’s periods. Normally, ovulation occurs on Day 14 during the 28-day monthly cycle but can be delayed due to several reasons. Late ovulation can be delayed.

When the luteal phase remains constant remaining about to 14 days after the ovulation, if the follicular process is prolonged, the ovulation may be delayed or even absent.

Late ovulation is typically triggered by hormonal imbalances, which, depending on the cause, can be temporary or long-term.

Ovulation induction to getting pregnant

However many women who ovulate late in their cycle have lengthy periods and may or may not ovulate every cycle. That could make the conception a bit trickier. Irregular ovulation is the most common cause of women’s infertility. And some of it because of hormonal changes.

The best thing is, your eggs are likely all perfect. PCOS elevated Prolactin, and thyroid disease are all can be treated through the medications which make ovulation more stable and greatly improve the chances of getting pregnant. 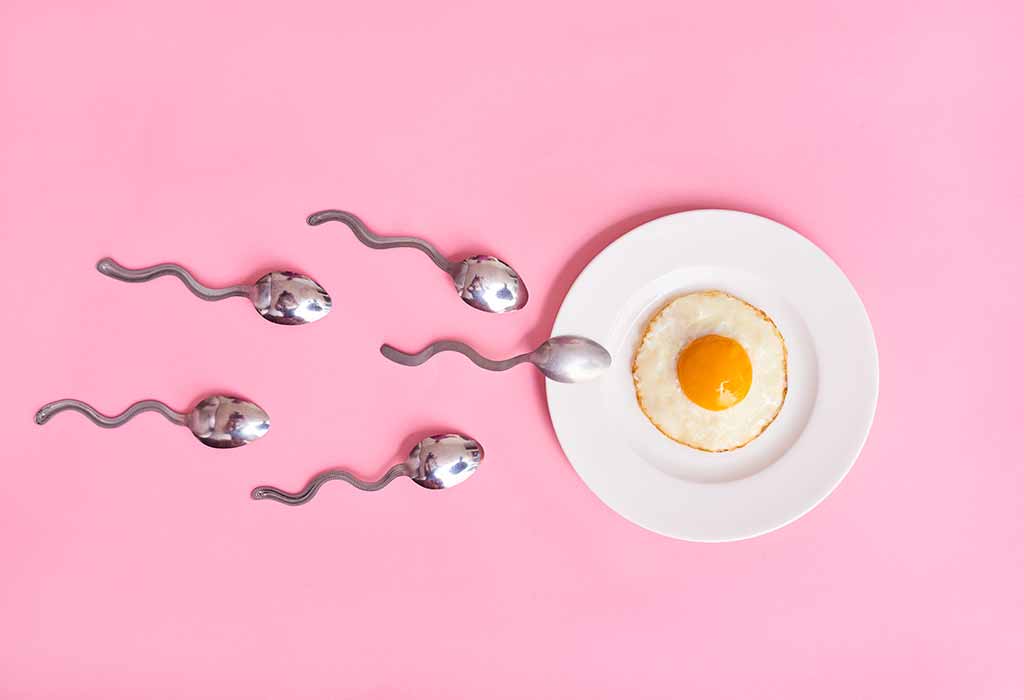 In the rare case where you do not have both of these conditions but only have a short luteal period, some doctors suggest that the uterus does not have enough time between cycles to form the embryo line. That could simply reduce your chances of getting pregnant, but it’s far from certain.

Use a Home insemination kit during ovulation to getting pregnant

Ovulation is the time when the mature egg is released from the ovary. The egg moves to the fallopian tube, where it may be “mixed” with or fertilized by sperm. If the egg is fertilized, the embryos will fly to the uterus, a process that will take several times. If an egg insert, you’re pregnant. If it doesn’t, you’re going to have your “period.”

Ovulation induction uses fertility treatments to induce the release of one or more eggs from the ovaries. Often a technique called home insemination is used in combination with ovulation induction to achieve pregnancy.

Home artificial insemination is a very easy and safe way to try for getting pregnant. Shubhag.in is providing v conceive home insemination kit which very useful for you to get pregnant.

How home insemination is useful

You may want to make the insemination process more private and less clinical by trying to get pregnant at home, order to avoid a sterile setting in a clinic where others are involved in an intimate procedure.

In-clinical inseminations often come with additional costs due to the staff and facilities involved, but attempting at home will save a large amount of money.

When intercourse is either not progressing or a V-conceive home insemination kit is an easy, affordable, tested alternative to consider other more expensive, intrusive options.

Home insemination has positively impacted people from all walks of life, including couples with fertility problems, LGBTQ couples, women with veganism, ovarian cysts, and tilted uterus, as well as male causes such as low motility, low sperm count and performance anxiety, single mothers by choice (SMC) and dissatisfied hetero.

How to Use home insemination

Buy a home insemination kit online in India which already has instructions to help you perform out the home insemination. The first step is to acquire the sperm, whether fresh or frozen, depending on your preferences and whether you have chosen an unknown or recognized donor.

If you have got a frozen sample from a sperm bank, you have to thaw it before using it. Keep it at room temperature for 30 minutes to do so. Then make sure your hands are properly washed and all the appropriate things are sterilized.

For the process, push the tip of the syringe for home insemination into the sperm sample and take the plunger back to fill it.

If you are using a cervical cap, use an unnecessary syringe to fill it with a sperm sample. Squeeze the rim of the cap gently, keeping down the bottom of the cup to hold the sperm inside. Insert it into the uterus and use your finger to drive it as far as it goes.

Conceiving isn’t always as easy as you would have hoped, but whether you’re struggling to get pregnant the easiest way or have alternative plans for family, a home insemination kit will get you there at home. Follow the guidelines, use the kit when you are most fertile, use quality semen, and you should be successful in only a few attempts.

The menstrual cycle is divided into three parts:

The follicular process in which the ovarian follicle grows and the egg matures in anticipation of its release.

The luteal phase in which the follicle closes and the hormones are released to trigger the uterine lining unless pregnancy has occurred.

While the luteal phase remains relatively regular, lasting about 14 days after ovulation (the release of an egg is just a few hours long), the follicular phase can vary in length from 10 to 16 days.

High stress, either physical or mental, may have a detrimental effect on a lot of reasons, including hormonally.

The disease of the thyroid

Your thyroid is impacting the pituitary gland. The pituitary gland is the brain region responsible for some of the hormones required for ovulation. Having either an underactive or an overactive thyroid may cause problems with ovulation. PCOS is a situation in which testosterone is overproduced. Too much testosterone prevents the ovaries from releasing an egg. Irregular menstruation is a common symptom of PCOS.

PCOS affects 1 out of every 10 women Trusted Source.

Prolactin, the hormone required for breast milk, suppresses ovulation, and menstruation. If you breastfeed completely, your menstruation cycle will be stopped when you are feeding your baby

However, nursing should not be used as a form of birth control. Ovulation will go back two weeks before menstruation.

Some Physical Symptoms of ovulation

If your vaginal secretion is clear, stretchy, and looks like egg whites, you could be ovulating or about to ovulate. This mucus will appear right around the ovulation to help the sperm reach the egg produced.

An increase in the temperature of the basal body

Home insemination success rates are very high, also it depending on the procedure you use for insemination.

However, when you choose donor sperm or co-parenting, it is possible that you are not planning to conceive by daily intercourse; thus, the insights for this technique would differ when considering a child.

When you can get late ovulation and pregnancy test results.

Within two weeks home insemination tests can be hard, but it’s worth it to avoid additional fake positives and fake negatives for home pregnancy tests. Follow the directions of your clinic and wait at least 14 days after the Insemination before taking the late ovulation pregnancy test.